We will be back.

Okay, to preface this, I got back into road motorcycle touring 3 years ago when my buddy and I decided to do the ultimate guy trip (to try and supplant our epic post college trip of thirty years ago) and spent a week on rented BMW’s exploring Scotland. Between that country and my home state of Washington, I thought that I had covered some of the best biking roads on the planet. Then I found GSM Motorent and the Smokies of Tennessee and North Carolina! Further preface: since getting back into motorcycling after 30 years, things have changed! A 1000 cc is medium-sized?? And there is this new class called: “Adventure bikes”, which are huge touring enduros which you can take almost anywhere?? It just so happened that the bike that I rented in Scotland, and became very familiar with was the famed: BMW GS 1200. Fell in love with that bike, despite not being a huge Beemer fan, but in Scotland, like most rental bikes places, you aren’t allowed to take them off road like they are meant to be.

Well, not only does Dan and Deb at GSM Motorent let you go off-road, but they specialize in it, encourage it, and they know the Smokies like the back of their hand and will tell you places to go that you would have a hard time finding yourself. Their hospitality and advice is the best and they planned some of the finest riding that we have ever done. Not only that, but – being a Yamaha fan – I was ecstatic when the inventor of adventure bikes with the smaller bore Dakar winning Ténéré, came out with their bigger-bore Beemer competitor a couple of years ago – and Dan has one in his fleet (fully customized by “Twisted Throttle”). That gave my buddy and I a chance to swap back and forth between the Super Ténéré and the GS 1200 through our 500 mile weekend of twisties and forest service roads and got a great chance to really compare these two top-rated machines. The verdict: the Ténéré feels taller and narrower, smoother and more stable both on the asphalt and off. The Beemer is noticeably a little squatter and lighter, but seems to be more squirrelly on the gravel. Certainly more character, but my personal preference is for a bike to be so functional that you forget that it isn’t a part of you. I like them both and they are both excellent and fun rides, but my Yamaha bias has me dreaming of owning an ST someday (trying to get that one by the “Fun-Police”). Where else could you really take these bikes out and do such a “magazine-style” comparison on and off -road?

GSM Motorent also has a great cabin on the river to come back to each night. Sipping on some Tennessee bourbon (“George Dickel’s”) on the deck to the sound of the river babbling by below and recounting the day’s adventure, and tomorrow’s ride plans was special. Ride tip: if you think the famous “Rte 129: Tail of the Dragon” is the ultimate ride (11 miles and 318 curves), go try R.#32 at the Northwest corner of the park for a great stretch of “twisties”.

Thanks, Dan and Deb, you guys were fantastic.

Like Loading...
Thank you Dan for a great weekend!
My friends and I had an absolutley fantastic time. 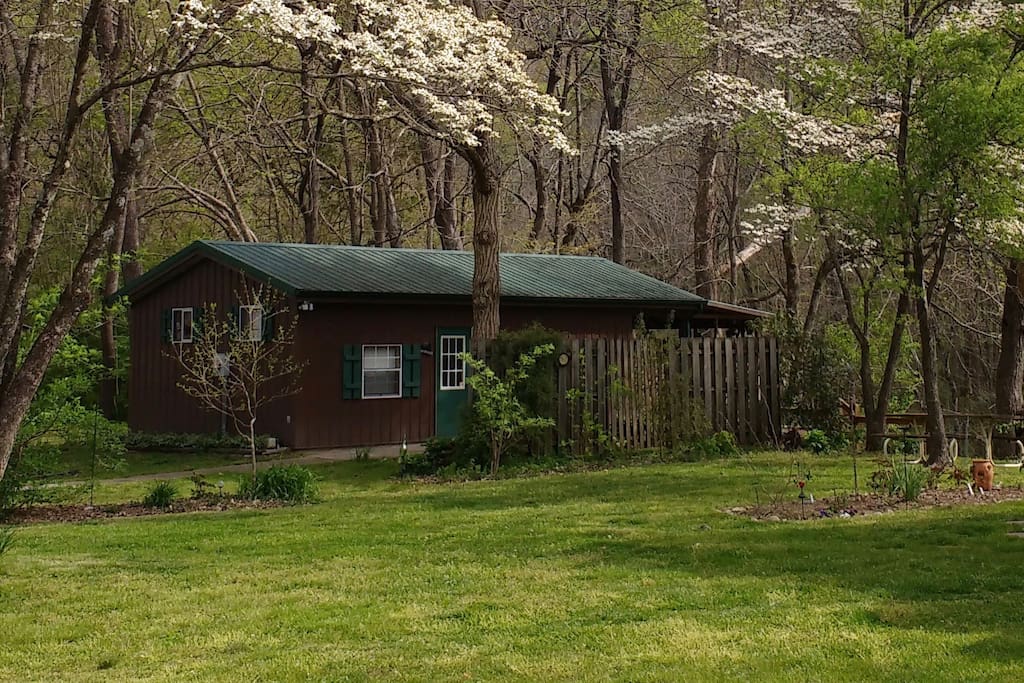 Cozy & comfortable, with room for 3 but perfect for 2. Overlooking the Little River and located directly on the walking/biking trail in town and less than 1 mile to the Great Smoky Mtns. Nat. Park....

All Set Up In New Shop!

We’re having a GROM PARTY!

Group Leader, we know how hard it is to get all your buds together for a trip, so for you and you only we'll give you 50% OFF your bike rental. You organize and book the ride for at least 5 riders and you will be rewarded with our biggest discount ever!

Thank you for wonderful experience with your company and excellent bikes .
We will be back soon again in TN and will rent ADV bikes from you.

Confessions of a BMW virgin

I recently had a chance to do something I haven't done in 30 years of riding street bikes; I rode a BMW, the liquid cooled 1200GS to be more precise. And I liked it. Although I've been on Tenere's, Multistrada's, dual-sports, sport touring, and ...

"As an avid fly and ride tourer I highly recommend Dan and Debbie’s rental service. They have a diverse selection of motorcycles that are in great running order. Their local knowledge of the best roads and routes is without question. Dan also is...

I trust you found the keys where I left them under the mat, and that the motorcycle is returned in the same condition that it was when I left Friday except for the mileage I put on it. Please let me know if you...

This is my second testimonial for GSM Motorent but I should have written several more. A few friends and I were some of Dan and Debbie's first customers several years ago and had a fantastic time. We have been back at least once a year ever since ...

Our thanks to Dan and Debbie and Sam at GSM Motorent

Kayaks loaded! Mountain bikes loaded! Fishing poles packed! Hiking gear packed! Camper loaded and ready to go! My husband and I are geared up for our annual Smoky Mountain camping trip. We look like a rolling sporting goods store clipping down I-7...

I'll be back next year.

What a great chance to see the Back Country and areas rare to visitors in the Park. The KLR's looked like new and were freshly serviced. These bikes are very comfortable for a day in the saddle and handled great on the twisty's too. Dan & Debb...

I had the pleasure of renting a Kawasaki KLR from GSMMotorent yesterday. Dan and Debbie were great about working with our travel schedules and riding plans. They seem like great folks who really enjoy motorcycling. The bike was almost new. It appe...

We're already planning to do it again.

Three friends and I visited GSM MotoRent earlier this year. We arrived much later than expected, tired, wet, and hungry from a long miserable rainy day on the road. Dan and Debbie waited up for us and cheerfully greeted us. Debbie asked if we had ...

Thanks for the new memories and fun.

Wow! What a blast, it was the best time I had on my ten day trip to Townsend.

I had not ridden in years and always loved to ride in the Smoky Mountains. I was a little nervous at first when we first took off but it  soon changed into pur...

Enjoy and great adventures to all.

If you want to do something fantastic, if you want an experience you will not forget, check out a trip with GSM Moto Rent to Terlingua Texas.  Where the hell is that you say.....as did I!  It's in the Big Bend area of Texas.   Dan Dickie and h...

Thanks again for making the vacation fun and effortless.

I rented a KLR from GSM MotoRent in Big Bend, TX. Wow! Not only did Big Bend produce a great ride, but GSM MotoRent provided quality motorcycles and superb, knowledgeable, friendly service. The bike started first time, every time. Thanks again ...

I'm sure I'll be back next year.

I had owned a KLR previously, but had sold it due to lack of time to do many dual sport rides where I live.  Well, I decided to try renting a dual sport bike from Dan and Debbie, to scratch that dual-sport itch that still remained.  What a fun d...

My friends and I had an absolutley fantastic time.

I must repeat my expression of enjoyment.  My friends and I had an absolutley fantastic time.  We could not have enjoyed ourselves more.  I assure you that we will return and hopefully will bring more friends with us next year.The equipment was...

We will be back.

Okay, to preface this, I got back into road motorcycle touring 3 years ago when my buddy and I decided to do the ultimate guy trip (to try and supplant our epic post college trip of thirty years ago) and spent a week on rented BMW’s exploring Sc...